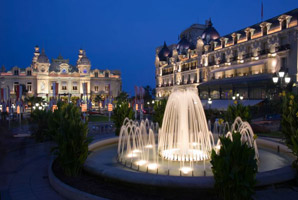 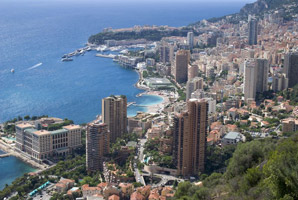 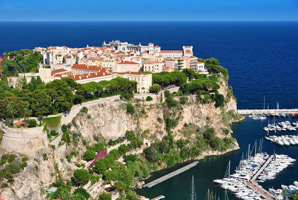 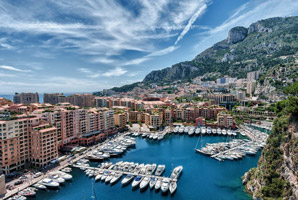 An ideal location
Just a few hours away from Europe’s major capital cities, Monaco is the ideal place to host or design your incentive trips – a place where history, surroundings and international events come together in an outstanding setting to give you the best the Riviera has to offer. Choosing Monaco means choosing the experience and exposure of a globally recognised venue.

Two words which evoke a magical dream world.
Our website will allow you to discover the many facets of the Principality. Monaco’s exceptional location, between mountain and sea, its gardens, its athletic and cultural events...all qualities which make it the ideal destination for a romantic vacation or an unforgettable conference.

Although not always recognized and sometimes misunderstood, Monaco’s economy is in fact very dynamic and oriented towards the future. An independant state in the heart of Europe, the Principality offers investors and businessmen an exceptional and secure lifestyle while simultaneously offering them all of the advantages of an attractive fiscal system.

In 1997, Monaco is dressed up to the nines for the 700th anniversary of the Grimaldi Family Dynasty.

Once in your life you have to go for a trip in Monaco. This mythic place, between the Alpes and the Mediterranean sea will offer you dreams and reality.

Alone, both or with your family, for romantic holidays, simple tourism or a business trip, the Principality of Monaco will offer you a univers of many facets.

Monaco Monte-Carlo provides you many discoveries, a highly cultured place with its many museums, nice welcome with its nicest hotels in the world, sumptuous gastronomy with his wellknown restaurants.

The Principality, favoured place of gastronomy.
An integral part of this new way of life which gives flavour to a stay in the Principality, gastronomy is greatly honoured by the great chefs who know so well how to share their passion and pass on the richness of the land.

Besides the grand hotel restaurants, many famous tables still make it possible to experience the changing seasons. They offer dishes inspired as much by Provence or the Nicois and Italian Rivera’s as by more exotic horizons.

Shopping : Relaxing & Well being
Monaco is unquestionably the international capital of luxury. The greatest names in fashion quickly established themselves in the Principality, haute couture, perfume, jewellery; the most beautiful finery has found its showcase in the Principality of Monaco. At the heart of the city the famous « Carré d’Or » can be found where the elegant luxury boutiques with prestigious labels are located.

From the lanes of the old town where the shopkeepers display their traditional souvenirs to the retail stores of the Métropole, the Allées Lumières, or Fontvieille Shopping Centre with their windows of clothes, decorations, leather goods and presents, all that you could wish for you can find in the Principality!

The night life is an integral part of the legend of the Principality
An exciting night or a night of glamour, night club or gala evening, a night in Monaco will always be exceptional! Thrills are guaranteed with an evening at the casinos, so choose between the Casino, the Café de Paris, the Sun Casino and the Salle des Palmiers. All different, they complement each other so you experience an exhilarating evening.

Spend unforgettable nights, party at a club and dance until dawn, in the chic, fantastic and unique atmosphere of the Riviera. Have a drink with friends, enjoy the clubs where music accompanies the joie de vivre and gaiety.

A night in Monaco offers such variety that you will need to spend more than one night to fully appreciate it, galas at the Salle des Etoiles at the Monte-Carlo Sporting Club, international variety shows at the Cuban bar at the Casino, lounge bars or techno music. Unforgettable memories to take away with you!

Motor sports rule in the Principality thanks to the Monaco Automobile Club.
www.acm.mc
In January, the Rallye Monte-Carlo is held on the roads of the Alps. Such a long road travelled since 1911! Nowadays, the performances of rally cars are astonishing and the perfect racing conditions have turned this event into a mythical competition, part of the world championship.
Cars driven on the roads between 1955 and 1977 take part in the Monte Carlo Historic Rally.All the stages of this rally call for precision and regularity.

The Monaco Formula 1 Grand Prix needs no introduction ! Every year, for four days in May, the eyes of the world turn to the Principality to witness its transformation, from a town to a racetrack.

A trip back to the golden age of motor racing, the Monaco Historic Grand Prix , is held every other year in May, on the track of the famous Grand Prix itself, with cars produced between 1934 and 1979. The smell of paraffin wax, leather helmets, polished chromes, the race is always a splendid show!

The Monte Carlo Tennis Masters Series was held for the first time in the Principality of Monaco in 1897! Albeit exclusive, this now traditional meet is a landmark in the history of international tennis. Every year in April, the best players in the world come to serve, lob, smash, and use their best shots on the Central Court and the Princes’ Court of the Monte-Carlo Country Club. A bouncing display!

In spring, the Monte-Carlo International Show Jumping brings together the best horse riders who compete on the smallest obstacle course in the world. At the same time as this competition, equestrian shows are organised.

Swimmers from around the world come together every June in Monaco to participate in the International Swimming Meeting, one of the stages in the "Mare Nostrum" Trophy.

Herculis is now rated the 2nd most important international athletics meeting of the year and thousands of spectators come to witness the performances of athletes from around the world. In the Louis II Stadium, the athletes compete in the heat of July.

The Louis II Stadium is a regular venue for international football matches, thanks to the Sporting Association of Monaco. Our football team has been playing the best teams in the world since 1924.

Our properties on Monaco