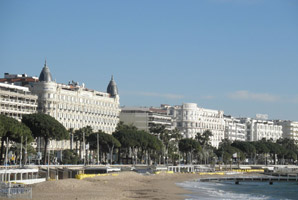 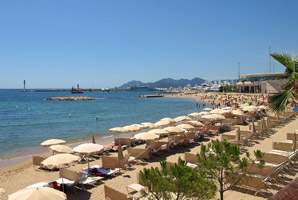 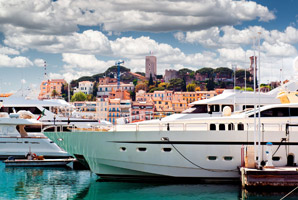 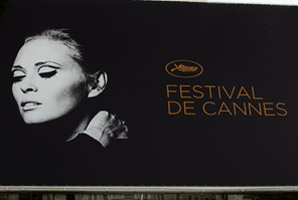 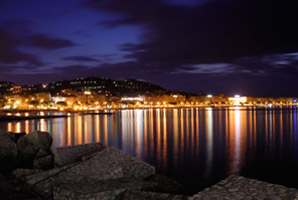 It is a trendy destination. A holiday location prized by the great and good of this world. There may be others! But there’s something about Cannes that makes it unique. It has a soul. Quite simply because it is steeped in history dating back nearly one thousand years. A history made from numerous fragments that it has preserved intact. In 1915 it was classified as a seaside resort by ministerial decree. These fragments are often scenes of daily life. A “pointu” fishing boat coming into the port, a market stall in Forville, a lane in the Suquet district, a game of pétanque on the Place de l’Etang a stone’s throw from the chic buildings on the Croisette,  a climb up the steps of the Palais.  These fragments are also its small architectural treasures. Precious, mediaeval or Belle Epoque stones. Some shine ostentatiously such the palace hotels on the Croisette, Fort Royal on Sainte-Marguerite, Abbaye de Lérins on Ile Saint Honorat, the Tour Carrée in the Le Suquet district, the Russian church at the entrance of Californie district.

The Croisette, with its luxury boutiques, palace hotels and Palais des Festivals, has bestowed prosperity and international fame on Cannes. But the city has not forgotten its popular origins. Le Suquet (Suquet district) and the Vieux Port (Old Port) continue to embody Provencal authenticity in the very heart of the most cosmopolitan of cities. Indeed, there might be more yachts and motorboats moored at the Quai Saint-Pierre, birthplace of Cannes’ first port, built in 1838, than fisherman’s boats. However, the latter have not forgotten a thousand year old tradition: fish is still caught out in the Bay of Cannes. To prove it: visit the richly laden stalls of the Marché Forville. Inaugurated in 1870, these canvas-covered constructions were quickly nicknamed the “belly of Cannes”, so important was their place in the daily life of the Cannes people.

Festival de Cannes
It is a planetary event lasting a dozen days, covered by a total of 4,500 journalists, representing 1,000 print press media, 300 television channels, 200 press agencies, 150 radio stations. Only the Football World Cup and the Olympic Games fare better! Obviously there is the endless spectacle on the Croisette. The famous climb of the steps every evening is an enchanting, universally photogenic ceremony. Decked out in the most beautiful jewels of the day, dresses from the greatest fashion houses which, sometimes, leave nothing of the perfectly formed legs of those that wear them to the imagination, the most glamorous stars of the day climb the steps with a slow, elegant gait towards the Auditorium Louis Lumière at the Palais des Festivals, the pinnacle of achievement coveted by all film professionals.

Cannes has developed an unrivalled art de vivre
It combines luxury, pleasure and good life. It constantly reinvents itself, providing each visitor with the finest luxuries of the day.

Sainte Marguerite : Fort Royal. The origin of this vast complex of fortifications dates back to the 17th century with the construction of the first château. It was occupied by the Spanish during the 30-year War who made it into a citadel. Returned to France, it became a State Prison then Vauban, the most famous of the Louis XIV’s military engineers, made it into one of the most beautiful forts on the Mediterranean coast. However, the building owes it current fame to another contemporary of the Sun King: the famous Man in the Iron Mask. For a quarter of a century, the fortress has housed the Musée de la Mer (Sea Museum).

Saint Honorat : searching for a spiritual retreat? or just fancy a 100% nature break? Head for Saint-Honorat , the smaller of the two Lérins islands . People come here to enjoy peace and quietness, tranquil walks by the sea, smell of the eucalyptus, sound of bird song or the cicadas in the pines. They make wine in Cannes. And what’s more, it’s rather good! It’s the work of the monks at the Abbaye de Lérins on the Ile de Saint- Honorat who planted eight hectares of vines: chardonnay, clairette, syrah, pinot noir, mourvèdre.

Cannes started off as a festival city. Today it is a city of festivals
All year round it hosts a series of great events. Sporting, cultural, leisure, evening: an events programme of dazzling diversity.

Cannes is france’s second business tourism destination
Every year it hosts numerous professional events and a multitude of corporate events. Its recipe for success? An exceptional setting, a unique concentration of shops, hotels and restaurants plus one of the most beautiful congress infrastructures in Europe.

A legacy of the Palais Croisette, the Palais des Festivals connects the Croisette to the Old Port. An idyllic setting that few competitors can boast: by the sea and in the heart of the city!

Vallauris Golfe Juan :
Vallauris Golfe-Juan, two names for a single commune : inland, Vallauris, a village with a potterymaking tradition, and the seaside resort of Golfe-Juan, ‘invented’ at the start of 19th century. Built in a grid pattern in the early 16th century, Vallauris is the older of the two, rich with a prestigious past, as attested by Chapelle de la Miséricorde, Notre-Dame des Grâces and the old castle, now home to the Picasso National Museum, with its famous mural, La Guerre et la Paix (War and Peace). But it is impossible to evoke Vallauris without mentioning pottery making. When the village was repopulated in the 16th century, families from Genoa settled here,many of them being master potters. This determined the future of the commune.After the reign, in the early 20th century, of the Massier dynasty,Vallauris became famous all over the world with the arrival of Picasso and his amazing production realized in the Madoura studio starting in 1946. Great masters followed in his wake, including Matisse, Miró and Chagall...

Today, fine pottery prevails in Vallauris, with unique pieces by great names, like Capron and Jean Marais, cooking vessels and many decorative objects... Golfe-Juan appears in history on 1 March 1815 with Napoleon’s landing before starting the famous ‘Hundred Days’. The appeal of the French Riviera for artists was at the origin of a fabulous expansion. Many villas were built and Golfe-Juan became fashionable, greeting artists, intellectuals and the wealthy elite.Vallauris Golfe-Juan has an Old Port and Port Camille Rayon, the most recent of the yachting harbours on the Riviera (1989). On the coastal road,many shops and terraces offer opportunities for wonderful moments of relaxation.

Our properties on Cannes